I discovered first discovered Vivi while I was visiting the Shoot & Share website. Vivi seems to be a sponsor of the photo-contest website but I found it odd that I have never heard of them before. In fact, it seems google even struggles to share what vivi is. When you click on the link it takes you to page to make a reservation to use the service. I tend to think this is marking hype but I can explain that later.  As you scroll down you will also see testimonials of different people who have used this service. I have posted both on Instagram & Facebook so that you can see results for yourself. I would also note that I have over 2K followers on each platform as a baseline. From the examples below, I have seen around 7 likes with claims of bookings. 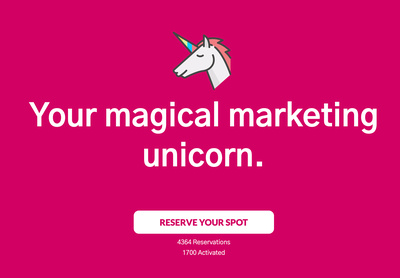 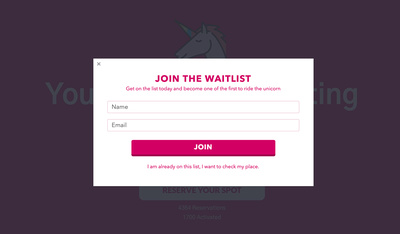 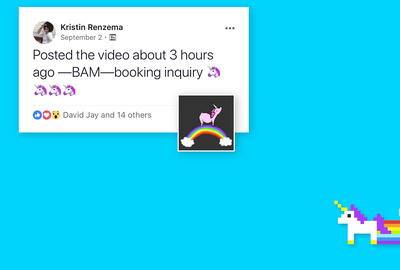 Before moving on, I will tell you that video has better engagement rates than just pictures. It also helps to post often. I dont do either often so sham on me. I would expect a better than normal engagement rate for the videos. For videos, it can be hard for photographers to create content.

Vivi has a monthly subscription cost of $15 with no obligation. There is no membership levels or discount (*that I can find) for a yearly subscription at the time of this post. This actually seems a bit high for me even with unlimited videos. Under this model I would pay ever other month and just do my backlog of videos. This would make the cost $7 which sounds more reasonable. It also seems to be all in 480p with no quality options. boo.  It would also be cool to offer lifetime membership for beta users or not charge at all.

I have included a detailed youtube video below. I would sum it up by saying that the interface is simple and easy to use. The content seems to be limited which is why they might limit the number of people using the platform. Seems less likely to be a marketing ploy and more like beta testing. The app is also easy to use but its kind of hard to install (I think im pretty tech savvy). Why so hard? Its becuase it is a beta. $15 starting to sound like a lot now huh!

The last video I posted as of today was on 2/25/2019 on FB/Insta. On instagram I have 225 likes, 1 comment, 1 DM, 2 bookmarks, and 217 views. I also reached 42% of people who were not following me. On FB I have 7 likes, 6 shares, and 473 views. So far no direct bookings that I can say came from a posting of this video. Below is video that I posted. It seems they have made some changes since I last posted. It is in the step in the right direction but still seems like too much for what you get if you go down the paid avenue.

Vivi will produce better engagement than pictures alone (in many cases). There is lots of reasons for this but that does not mean you need Vivi to do this. On feature that Vivi does do is create weekly videos from your content automatically. I think they could take it to the next level by allowing a one button press post to all your social media accounts. Quality and video formats are lacking. I had some problems with audio on twitter but only when doing on my computer for some reason. huh?

When I first saw what Vivi really was my first thought was this was a Animoto type site. If you are looking to create videos using your photo libary then I think this is your best bet right now. They have membership levels starting at $5 with 720P standard. They also provide more content at the $5 level than vivi. Animoto also lets you add text and short video clips. This option is not available in vivi. The last one is the ability to edit a video. Animoto lets you edit your videos and sadly Vivi does not. Compitition is great and I hope Vivi can get there.

I was not endorsed by anyone to write this review. I hope this helps! Getting Started video Below.

Assignment Writing Website(non-registered)
This post is very informative on this topic. I just tripped upon your blog and wanted to say that I have really enjoyed reading your blog stations. Thanks for sharing.
Bing Ads Vs Google Ads(non-registered)
Thank you for providing me nice post. I am happy to see that and I also would like to see more posts on your sites.
Camtasia Discount Code(non-registered)
I have seen your love blog and also all the images that you have posted on the blog.
navoineee(non-registered)
The magical marketing videos for photographers, the more reviews and great compare services as well. I have found here http://www.assignmentmasters.co.uk/ more info on wonderful assignment tips on perfect writing essays as well.
Gina C(non-registered)
Thank you for the explanation! I couldn't find anything else about Vivi. I'm not into the vague marketing concept - super weird to me... you want me to sign up for yet another photography related thing and you won't even tell me what it is??? Ummm... Your youtube video and review really helped clear that up.
No comments posted.
Loading...
Subscribe
RSS
Recent Posts
10 Props To Bring On Your Senior Photo Session A Wedding at a Barn in Oklahoma Oklahoma Senior Style - Class of 2022 How to Find the Right Oklahoma Engagement Photographer for Your Big Day? Edmond OK Bridal Hair and Makeup: M Salon OKC Senior Photographer – Best Locations For Senior Pictures In Oklahoma City Ditch Facebook and Use This Instead | How to Increase Your Engagement Rate Engagement Picture Ideas OKC Bricktown Engagement Session Lawrence Kansas Wedding Thomas & Katelyn's Wedding
Keywords
okc OKC Engagement OKC Wedding engagement oklahoma city engagement bricktown Oklahoma bricktown engagement Photography okc wedding photographer
Archive
January February March April May June July August September October November December
© Love Big Photography LLC

We provide photography services to the state of Oklahoma and Kansas: